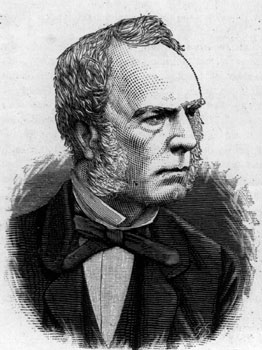 The story of tea is colored with many amazing personalities who were both daring and courageous. One such person was explorer Robert Fortune (1813-1880). Fortunately for us he wrote his travel notes in a book that is readily available online. Three Years of Wanderings in the Northern Province of China takes us on his journeys through China in the quest for tea and his arduous experiences bringing the tea to England who had indeed commissioned him to do so. He was a British botanist who had been commissioned by the East India Company to bring back everything related to tea: seeds, plants, implements, and those who knew how to grow and manufacture the prized commodity. Dressed as a Chinese businessman he entered China in 1848.

Over the course of several years, not without mishaps and some misfortunes, Fortune was able to meet his challenges and more. For example, his first shipment was doomed and lost at sea in a series of circumstances that could never have been foreseen. Of his ten thousand tea seeds most were lost as were most of the plants in a roundabout journey to their intended destination, the Himalayan foothills where the British intended to grow the tea. They had been packed in the highly efficient Wardian (a kind of glass case that today we would call a terrarium). But even so the plants could not survive the lack of care to keep them in sunlight and not to break the seal. Those that did survive became the basis for the tea growing in Assam and in Darjeeling.

Fortune also discovered that all tea came from the same plant, whether it was black or green. He learned the best ways to cultivate and produce tea. The secrets the Chinese had held for so long was now open to the world and the British benefited from this amazing feat of industrial espionage. Fortune made possible for the first time the intensive cropping and processing of tea in India. Fortune retired in 1862 to become a farmer back in his native Scotland, having smuggled out of China nearly twenty thousand plants. He died at home in 1880.